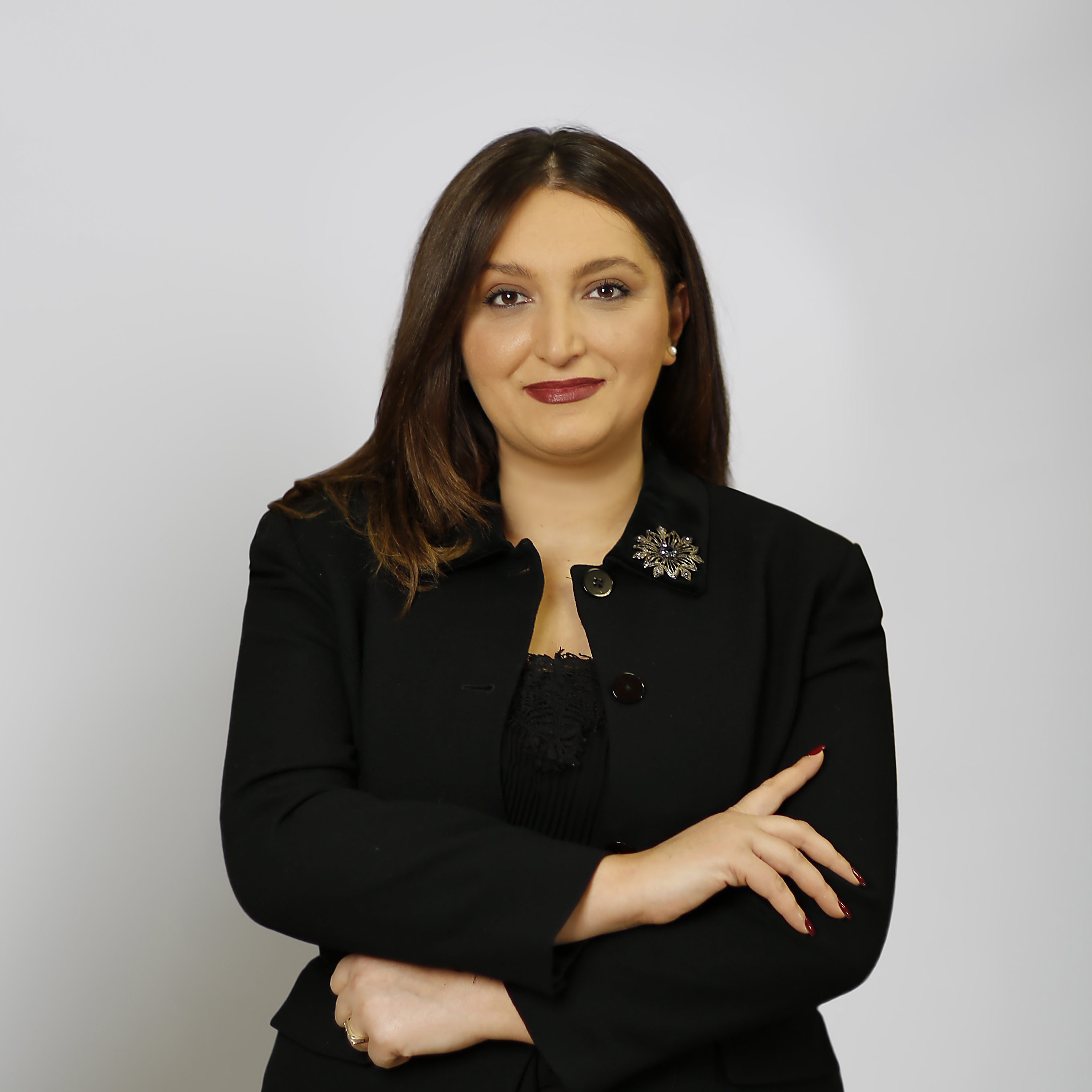 Mrs. Doruntinë Maloku was born in Podujevo, on September 17th, 1982.

Member of the Commission for Legislation, Mandates and Supervision of the Anticorruption Agency, 2014 - 2017.

Member of the Parliamentary Network of the World Bank and the International Monetary Fund (2015-2021).

Member of the Presidency of the Democratic League of Kosovo since 2019.

Representative of the Republic of Kosovo in the International Parliament for Tolerance and Peace (2017-2021).

Vice-President of the Committee for Economy, Entrepreneurship, Trade and Strategic Investments (2019-2021).

Member of the Investigative Commission for the Privatization Process in Kosovo.

She participated in law drafting work groups within the Parliament of the Republic of Kosovo.

Also, she was part of Ad Hoc Commissions of the Parliament, in the positions of chairperson and member, for the selection of members of the Boards of Public Enterprises.

Mrs. Doruntinë Maloku currently holds the position of Director of the Department of Property, in the Prishtina Municipality.

Manages with the municipal property ;

Keeps records of the land and property owned by the Municipality;

Developes the procedure of expropriation of the land,, privately and socially owned land for the planned parcels of public interest according to the urban plans of the Municipality;

Agrees and signs contracts that provide the necessary land for the realization of the public interest;

Issues decisions on the registration of the property rights, on behalf of the Municipality,and in the properties without owner;

Develops the administrative procedure for the arbitrary occupation of the land owned by the Municipality;

Issues decisions on the release of arbitrarily usurped municipal property;

Examines and decides on the requests of  ordinary citizens  and legal persons in administrative procedures, for regulating property rights related to municipal property;

Develops administrative procedures,according to oficial duties for the preservation of municipal property and other municipal interests;

Makes the identification and geodetic measurements based on the request of the directorates for the realization of municipal projects;

Processes the conclusions after the decision on administrative and legal properties;

Prepares the initiation of the criminal proceedings together with the Municipal Legal Representative, regarding the arbitrary occupancy of the municipal property;

Drafts the necessary material for the Board of Directors, the Policy and Finance Committee and the Municipal Assembly;

Conducts the desicions related to the expropriations, for publication in the Official Newspaper of the Republic of Kosovo;

Calling and notifying parties of interest for issuing the expropriation decisions;

Collaborates closely with the Directorate of the line, for geodetic and property records;

Performs other work, according to applicable laws within the area of activity of the Directorate,

For the purpose of exercising the functions determined by the legal provisions in force,The Property Directory is organized in these sectors: