Director of the Directorate: Ardian Olluri 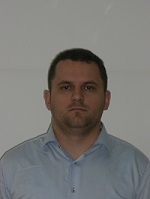 Prepares and provides informations and documents for the preparation and adoption of technical documents  for construction permits.

Proposes legistlative acts from the area of spacial planning,development plans of the municipality,urban development plan,urban regulatory plan and the regulation from the construction field and environmental protection.

Determines the construction conditions, in accordance of the Construcion Law.

Proposes and approves the criteria for the placement of temporary objects,equipments and micro-urban elements in the territory of the city and the municipality.

Proposes and implements the program for the space of the municipality.

Deals with the compositon of draft regulations, analytical expertise, and other activities in certain areas of environmental and urban planning, environmental protection and the field of contruction.

Issues construction permits for all types of premises that are determined by the law, under the competence of the Municipality .

Gives consent for the construction of objects of local importance..

Organizes and trains professional groups and human capacities for the legalization procedure.

Organizes and schedules the professional group for assessment, for illegally constructed buildings.

Notes and conveys informations on construced objects in disagreement with construction laws, standards, urban planning documents  and especially with the Legalization Manual;

Checks the technical documentation in concordance with the construction laws, standards, urban planning documents in force, as well as the regulation and the legalization manual;

Cooperates with the relevant municipal entities in the field of land-building regulation and with all other relevant entities.;

Coordinates and performs procedural work in the field of illegal construction;

Issues decisions and confirmations on the state of the existing facilities;

Notes and conveys information on constructed objects in disagreement with the construction laws, standards and urban planning documents in force;

Grants permission for the use of finished objects;

Cooperates with relevant municipal entities in the field of land construction;

Proposes the creation of construction land areas and processes sites for land allocation in use;

Performs other work, according to applicable laws within the area of activity of the Directorate.

For the purpose of exercising the functions determined by the legal provisions in force, the Directorate of Urbanism is organized in these sectors: